Facebook CFO David Ebersman is to step down, and is replaced by David Wehner, Facebook’s current vice president of corporate finance and business planning, previously CFO of Zynga, and a managing director at Allen & Company. What will he be bringing to the role ?

Facebook has announced in a press release that CFO David Ebersman will step down later this year after serving almost five years. The man who took the company through their initially rocky IPO and helped with a number of Facebook’s big acquisitions, including the $1 billion Instagram and $19 billion WhatsApp deals, will be succeeded by his number two, David Wehner.

Wehner, currently Facebook’s vice president of corporate finance and business planning, will take over responsibilities as of 1st June. To ensure a smooth transition period Ebersman will stay on until September, and so he will also be able to complete the company’s $2 billion acquisition of Oculus VR.

The announcement came as part of Facebook’s first quarter 2014 earnings report, which saw them post analyst-beating revenues of $2.5 billion, a figure up 72% on the same period last year.

Their soaring profits, which tripled to $642 million, were driven by their increasingly successful shift to mobile: they now count 1.01 billion active monthly users on mobile, and mobile advertising revenues were responsible for 59% of the $2.27 billion first quarter advertising revenues. 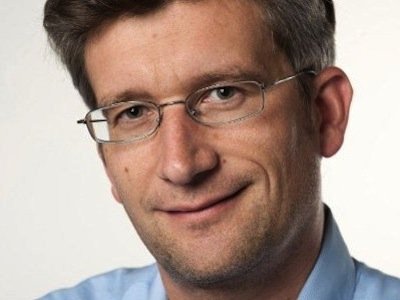 It is now Wehner, with his B.S. in Chemistry from Georgetown University and M.S. in Applied Physics from Stanford University, who will look to continue Facebook’s impressive financial growth.

Starting out at global strategy consulting firm Monitor Company, he quickly moved into corporate finance with positions at JP Morgan and then tech-focused investment bank Hambrecht & Quist, before taking the position of vice president of corporate development for e-commerce start-up BigVine Inc.

Continuing his tech-ed, in 2001 he joined media, entertainment, and technology-focused investment bank Allen & Company as a managing director. During his nine years at the firm Wehner was responsible for the company’s Silicon Valley tech clients; he represented Bebo in their $850 million sale to AOL, Powerset in their $100 million sale to Microsoft, and Stubhub in their $310 million sale to eBay, amongst many others.

His first CFO position came in 2010 as he joined Zynga, the San Francisco based gaming app developer which rose to stardom with its Facebook games such as FarmVille and Words with Friends. Wehner led the company from start-up to a $1 billion IPO – at the time second only to Google’s 2004 IPO –; and it’s sure he learned bucketloads on the way.

The company – which has coincidentally been long since intertwined with Facebook, as Zynga was once responsible for a large chunk of Facebook’s revenues, and as Facebook in return was responsible for providing Zynga’s user base and growth potential – debuted at $10, but shortly after saw its stock drop nearly 80% of its value, hitting a low of $2.09 in 2012. In turn-around efforts 150 employees were laid-off, 13 gaming titles were shut down and just before Wehner’s departure in November 2012 – amicable by all reports, but at a time of mass-exodus by high-level executives – he agreed a partnership with bwin.party, moving Zynga towards real-money gaming.

And so, with his broad experience of both the Silicon Valley tech scene and corporate finance, and armed with lessons learned from navigating a fragile IPO, Wehner should have a lot to offer Facebook.