Celebrity CEO of Tesla Motors, Elon Musk, has removed all 160 of Tesla’s patents in an attempt to boost development of electric cars.

Electric cars constitute an average of less that 1% of total global vehicle sales; a miniscule share of a market which sees 100 million cars produced each year. But – amid rising commitment to reducing emissions by governments worldwide – the last three years have seen the electric car market multiply by a factor of 25. Market research predicts that by 2020 5.2 million electric cars will be produced, accounting for 7.3% of the market.A dominant hold on this fast-growing sector could therefore mean huge financial rewards.

Converting the World from Gasoline to Electricity 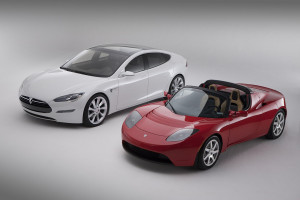 This is the scene for Elon Musk’s latest move: announced in a blog post last month, the celebrity entrepreneur and Tesla Motors CEO has opened up all 160 of Tesla’s previously highly-guarded patents.

The LA based company, which launched in 2003, is one of the world’s leading electric car manufacturers. The company currently offers two fully electric cars, the Tesla Roadster sports car and the Model S luxury sedan. But whilst Tesla is certainly visionary and innovative – perhaps the ultimate Silicon Valley start-up –, the company is faced with not only building the definitive electric car, but also with converting the world from gasoline to electricity. The task is extreme.

Whilst there are billions of potential customers, it was only in the first quarter of 2013 that Tesla posted profits for the first time with earnings of $11.2 million. And Musk comments: “Our true competition is not the small trickle of non-Tesla electric cars being produced, but rather the enormous flood of gasoline cars pouring out of the world’s factories every day.”

In removing Tesla’s patents, Musk has cleared a path for all electric vehicle manufacturers to benefit from Tesla’s work. And the move is clearly intended to help speed-up the adoption of electric cars.

Musk commented that the move was made “In the spirit of the open source movement, for the advancement of electric vehicle technology”. But of course the move is not just altruistic.

Some in the media say it’s a PR stunt designed to win public opinion. The removal of the patents stands to change very little in real practical terms. But positive public opinion regarding his generous, environmentalist stance could help Musk apply political pressure in his running case with state governments across the US for the rights for Tesla to sell cars directly to consumers.

More importantly, Tesla currently have a network of 97 Supercharger stations across the US. If other manufacturers adopt Tesla technology and produce cars that can plug into these Tesla Supercharger stations, this offers the company an opportunity to become the market standard in roadside charging.

Similarly, if other manufacturers choose to adopt Tesla battery technology, Musk’s planned gigafactory – a multi-billion-dollar project to produce massive volumes of the currently limited in supply lithium-ion batteries – will suddenly be highly in demand. Tesla could become the supplier to the entire industry.

So as Musk moves to expand his market, claim a dominant position in charging and batteries, and secure what he wants from the US Government, the next few years are surely going to be very interesting for Tesla.