The world of politics is often full of surprises, many of them unpleasant, so to hear British Prime Minister, Boris Johnson cite a 14th Century Tunisian historian, philosopher, and statesman was one of the more interesting things he has said. While many people focused on Johnson’s unsurprising idea of lowering taxes for his peers, many others were asking the question: “Just who is Abd al-Rahman Ibn Khaldun?”

Abd al-Rahman ibn Khaldun (Ibn Khaldun from here) was born in Tunis on the 27th of May, 1332 and died in Cairo on the 17th March, 1406. He is widely regarded as one of the great Muslim thinkers of his generation and many of his theories on social sciences and historical philosophy are viewed of forerunners of later, more well-known theories. 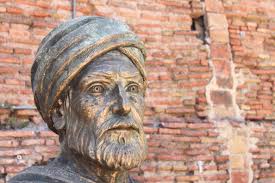 His family relocated to Seville in Spain after the Muslim conquest of the region and they were very involved in both politics and academia. They returned to Tunis shortly before the Christians retook Spain and it was in Tunis where Ibn Khaldun’s education began in earnest. He studied the rational sciences, religious sciences, and law, and also trained in the various arts needed for someone who was planning a government career.

At the age of 20, Ibn Khaldun obtained his first real job, a minor position in the Tunis chancery. But he did not stay long, moving to Fez to work and to continue his studied under the scholar who had introduced him to philosophy, al-Abili. While in Fez, he was also very involved in the politics of the Merinid court, but that close involvement led to him being accused of plotting against the ruler and he was imprisoned for 22 months.

After his release, the Merinid court blocked him joining a rival court at Tlemcen so Ibn Khaldun returned to Granada where he was warmly welcomed by the ruler, Muhammad V. He also had a close friendship with Muhammad’s vizier, Ibn al-Khatib, a renowned scholar who had befriended him while they were both in Fez. That friendship eventually soured when Ibn Khaldun tried to influence Muhammad towards being his ideal philosopher king. Ibn Khaldun left Granada and had some turbulent years in different courts. That turbulence, due to the political intrigue found in every court, left Ibn Khaldun disillusioned and he moved to Biskra where he devoted his time to teaching and research. Attracted back to politics, he briefly returned to Granada in 1375 but was soon expelled.

It was not long after this that Ibn Khaldun sought seclusion in central Algeria, living in the castle of Ibn Salama. His original plan was to write a history of the Maghreb but what began as an introduction grew into the work he became famous for, The Muqaddima. The Muqaddima quickly became a theory of history, or as he liked to call it, ‘the science of civilisation’ and embraced history, economics, sociology, and other subjects. This new science he had created became the basis for the book being a universal history. He gained permission to return to Tunis in 1379 so that he could research books and archives in the city. While there, he wrote the sections covering the history of the Maghreb and some of the history of the East. But he once again found himself embroiled in the intrigues of the court and left Tunis for Egypt in 1382. 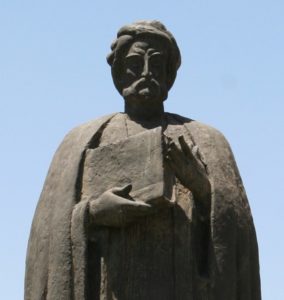 His thoughts and views on economics are ones that are often quoted today, as shown by Johnson’s citing his name. One of his most memorable passages says: “When civilization [population] increases, the available labor again increases. In turn, luxury again increases in correspondence with the increasing profit, and the customs and needs of luxury increase. Crafts are created to obtain luxury products. The value realized from them increases, and, as a result, profits are again multiplied in the town. Production there is thriving even more than before. And so it goes with the second and third increase. All the additional labour serves luxury and wealth, in contrast to the original labor that served the necessity of life”.

Adam Smith has always been given the title of father of modern economics, but Ibn Khaldun’s science of civilisation contains many insights that continue to be relevant. If Smith is indeed the father, then perhaps Ibn Khaldun deserves to be known as the grandfather of economics.

Ibn Khaldun : One of The Founders of Modern Historiography, Sociology and Economics

Ibn Khaldun spent his last two decades in Cairo, enjoying the patronage of the Malmuk sultans, Barquq and Faraj. He was given several professorships at local universities and was also appointed a Maliki chief judge on six occasions. But his primary focus remained research for his work. Although he completed The Muqaddima, he continued to revise and improve it. He made a pilgrimage to Mecca and also met Tamerlane in Damascus in 1400. Their conversations are reported in Ibn Khaldun’s autobiography.

Viewed by many modern scholars as one of the founders of modern historiography, sociology and economics, Ibn Khaldun died on March 17th, 1406.