Since Google was founded in 1998, the phrase ôIĺll Google itö has assimilated into our everyday language. And whilst chances are high this wonĺt be changing anytime soon, we may find ôLetĺs Wolfram thatö becomes just as significant.

It is often compared to Google, but unlike its counterpart, Wolfram Alpha is a lot more than simply being a search engine. Where Google compiles results of variable relevancy based on keyword matching, and then asks the user to decide which they want, Wolfram Alpha works to compute an exact answer to questions that have never been asked before. It makes definite decisions about what data and answers are accurate, relevant, and why. Wolfram Alpha is Google meets Wikipedia, with the added twist of algorithms and complex problem solving.

Stephen Wolfram, the British Scientist with a Crazy Dream 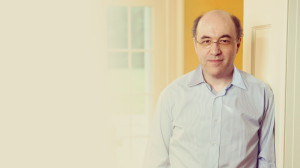 The knowledge engine was founded by British scientist Stephen Wolfram, a complexity theorist who published his first academic paper as a schoolboy in the 70s, had a PhD in physics by 20, became the youngest person to win aáMacArthur genius award at the age of 22, and who, by his mid-20s, was at the Institute for Advanced Study at Princeton, whose alumni includes Albert Einstein and Kurt G÷del.

But instead of pursuing what would surely have been a prestigious career in academia, Wolfram instead chose technical software, founding Mathematicaáin 1988. And with the small fortune Mathematica earned him, Wolfram decided to do something crazy, setting himself the challenge of making all systematic knowledge and data computational.

The Pursuit of Knowledge

The vast quantity of scientific and mathematical data and algorithms that form Mathematica are at the root of the knowledge engine. Alongside this, Wolfram Alpha is packed with government statistics, live feeds from weather stations, figures from financial markets, and data about earthquakes and whatever else is out there.The gaps have then been filled by a 500-strong team of experts in subjects including astronomy, physics, biology, and engineering. Maths and science are currently Wolfram Alphaĺs strong point, but highly requested areas such as sports, music, and cars are being developed. Indeed, Wolfram Alpha is a work in progress; and one that could almost eternally be filled with new knowledge, facts and data.

So whilst currently Wolfram Alpha is a treat for any A level or university student, (and the go-to source for Appleĺs Siri), Wolfram dreams that it will become much more: ôIn those days [when the internet launched], we didn’t prophesise that computer technology would bring us convenient ways to shop, or new ways to talk to our friends in short sentences. The dream was much grander ľ that computers would work out stuff for usö. And perhaps Wolfram Alpha might just be the technology that does just that.

Boom Supersonic ÔÇô the Next Concorde or a Project going nowhere?

GÚraldine Nabout on 04 Dec
Slack: The Fastest Company to a $2 Billion Valuation