In 2012 in Africa, the sea route accounted for 95% of all trade on the continent in terms of volume. This trend is still going strong as the continent continues to grow economically, boosted by the emergence of a middle class and by new opportunities on the consumer goods markets. Despite the global economic slowdown, African sea ports are still very much active, which is a clear sign that there are great trade possibilities.

Maritime Transport is crucial and represents a major economic leverage. Vincent Miclet, CEO of companies in Africa including in the maritime sector in Angola, gives us his point of view.

Maritime transport in Africa: on the verge of an exponential growth

The world is starting to acknowledge the shift that is happening on the international trade scene: Africa is no longer considered a liability, but rather an increasingly important asset for the global maritime transport leaders. The growth of the sector during these past few years, backed up by the modernisation of the port infrastructures amplify this trend. Vincent Miclet, expert on the African market, comments “this growing interest is showing everyday on the field”.

The numbers are quite telling too: the IMF announces a 4,8% growth for 2015 for the Sub-Saharan Africa area. According to a 2013 market study many sea ports have great perspectives for 2020.

This evolution is the fruit of a political will but also a result of “the upgrading of the infrastructures and the changes that have been put in place regarding the control of the ports, with the creation of port concessions” reminds Vincent Miclet.

The implementation of leading maritime transport companies has been crucial for the accelerated growth of the sector all over the continent.

Africa has gone down the privatisation route in regards to its sea ports, much like the UK did under Thatcher in the 1980s. Apart from South Africa or Kenya, most African ports are now under the control of private operators through public-private partnerships under the supervision of the World Bank. The aim is to attract private funding and boost the continent’s economy. “Africa’s growth is heavily reliant on the development of modern infrastructures and logistic solutions” underlines Vincent Miclet, “This is obviously also valid for the maritime transport industry which acts as an economic lung for the rest of the continent as well as being an open window towards the rest of the world”. Vincent Miclet himself is investing in a port terminal in Luanda, Angola. 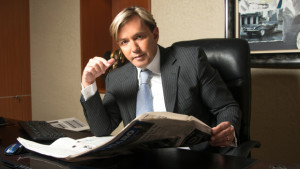 Luanda is the perfect example of the great needs and the great potential maritime transport sector in Africa suggests. When flying over the capital of Angola, “boats lining up are waiting to be unloaded, which is a sign of the economic success in Angola but also a reminder of the logistics difficulties that the country is experiencing” commented Victor Lopes, economist at the Standard Chartered Bank.

Vincent Miclet knows Angola well, having worked there for years and having established the headquarters for his company, Petroplus, in the country. “Angola is about to become a great economic power in the area. Its annual growth is over 10%”.

Since 2008 Vincent Miclet has been involved with the exploitation of a port terminal through a joint venture with Necotrans, a large French logistics company. The expertise of these two investors helps Angola trade more with the rest of the world.

The country’s exports are still, at this stage, mainly petrol, however the economy is diversifying so the perspectives are very interesting” underlines Vincent Miclet.

In 2012, Necotrans pulls out from the venture but the French investor continues to take part through 5M, a company that handles the direction of the port.

For Vincent Miclet, it is obvious that maritime transport in Africa is headed towards a bright future : “it is a necessity for the economic development of the continent, and a step towards growth and modernisation”. He’s not the only one to think so it seems, as global logistics companies are investing more and more into African ports, with success: in the last ten years, private investments will have permitted to connect Africa with the rest of the globe better.