As we move forward into the 21st century, many companies have had to drastically rethink their marketing and communication strategies. With consumers able to share and access information with the press of a key, the “distance” between producer and consumer is smaller than it has ever been. And while codes of ethics have been around for many years, ethical communication is, for most people, a fairly new concept. But just what is ethical communication and what does it mean in the modern marketplace?

We can view ethical communication as being a system of communicating where truth is at the core of all messages and where decision making and thinking are well thought out and based on a solid foundation of ethical practices. It can also be about accepting responsibility for the messages you send and use to communicate. Those messages can be to customers, potential customers, employees, partners, manufacturers, and other relevant parties. It should incorporate transparency and be able to be understood across and within the cultures and communities you operate in. If you have values and codes of ethics incorporated into how your company operates, then all communications should reflect and convey those beliefs.

Communicating ethically may not always be solely about what you communicate it but also how you choose to communicate it. For example, are there language differences in the target demographic your communication is aimed at? Or are there even legal requirements such as the requirement for Welsh to be given equal status to English in all public sector communications in Wales? And that recognition of language can extend to non-verbal areas too. If you are giving a presentation to a group that contains people with any form of hearing impairment, then ethical communication would require that you have a sign-language translator working with you.

There are several principles you should follow if you are going to incorporate ethical communication into the way you do business:

Examples of Ethical Communication in the Real World: Danone

Danone is a French multinational company producing and selling food products. With a market covering 120 countries and a sales revenue of 24.65 billion Euros (as of 2018), they are a major player in the global food business. However, in the early to mid-2010s, the company was facing a major backlash over unethical marketing of several products but particularly infant formula in markets such as India and China.

This has led to a major paradigm shift in how they communicate with producers and with consumers. While many markets have strict regulations as to how products are labelled and marketed, other regions can be less stringent, something companies like Danone and Nestle have exploited. Danone has now signed up to agreements and conventions put forward by the IUF (The International Union of Food, Agricultural, Hotel, Restaurant, Catering, Tobacco and Allied Workers’ Associations) and the ILO (International Labor Organization). These agreements include factors such as child labour, forced labour, non-discrimination, union rights, working hours, fair wages, etc. In addition to those changes, Danone also now makes it compulsory for all its suppliers to sign up to the social, environmental, and ethical Sustainable Development Principles.

These changes, recognition of the company’s new found shift towards eco-friendlier practices and a more ethical way of working, are carried over into how they communicate. Now it is not only about honest communication because they need to but also because they want to.

Examples of Ethical Communication in the Real World 2: Carrefour

While some critics may say that Danone’s changes came about due to pressures from market forces, you could say that the new era for Carrefour came about because of the company embracing the need for ethics at every level of business. In fact, you could argue that without fundamental ethical change at the very core of a business, is ethical communication in fact ethical? Carrefour has enshrined ethical action and communication within their “Act for Food” campaign which not only seeks to promote the quality of their food but also to communicate their global-level initiatives to meet the expectations of their customers and to tackle the increasing demands on resources.

Money on the Move: The Best Finance Podcasts in 2020 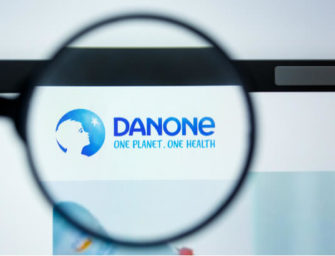