Patrick Rosenbaum talks about the uses of satellites : from a military concept to civil and scientific purposes

From the launch of Sputnik I on the 4th of October of 1957 to the colonisation of the orbital space around Earth, the uses for satellites have drastically evolved. Conceived as military observation tools they have developed into a full-fledged and essential component for some of the greatest industries of the modern world. Flashback and outlook for the use of satellites with the insight of Dr. Patrick Rosenbaum, aeronautics expert, lecturer and former Vice President of ImageSat, a company specialised in the commercialization of high definition images taken from space. Patrick Rosenbaum is now CEO of Pierson Capital.

From the military onto the civil market, the first commercial projects take shape 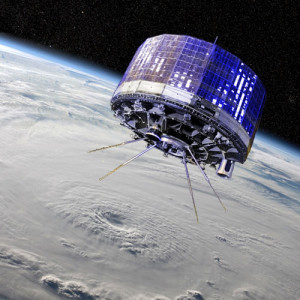 The first uses of satellites are linked to military observations mandated by the US government through the Corona series, the first launch of which happened in June 1959. The aim was to be able to observe the USSR military facilities. A year later, in April 1960, NASA would launch TIROS-1, the first operational meteorological satellite. Echo, the first communications satellite, was also launched in 1960. Dr. Patrick Rosenbaum comments: “Due to the tremendous amount of required initial investment many technological breakthroughs available to the public have originated from military research, from microwaves to nuclear plants. Satellite technology is a prime example and is one of the pillars on which the whole modern telco industry is built. Furthermore, it is worth noting that, as a result of the space’s conquest, entirely new industrial segments have emerged in the last thirty years through the leveraging of satellites’ capabilities to yield low-cost consumer products such as very small ground antennas used for Direct-TV reception and VSAT applications, small satellite-telephone devices providing worldwide coverage even in those scarcely populated remote areas, sophisticated compression and encryption S/W, smart geolocation terminals etc…

Telecommunications are still the main driver behind the launch of most commercial satellites over the last thirty years. The first profitable use brings us back to 1965 and the Intelsat launch of Earlybird. Intelsat was, at the time, a consortium of 11 countries united under the purpose of bringing telecommunications to countries around the globe. In fact, in the 1970s national and private operators were created in order to put together a network of satellites dedicated to telecommunications. The path for diversification of uses and offer was open, the rise of the Internet and the Direct-TV satellites in the 1990s being a prime example.

A wide range of uses showcasing the versatility of satellite technology

Telecommunications is not the only industry to have widely benefited from the rise of these artificial space bound technological marvels. Pictures taken from the Eros constellation of satellites can be used for a vast array of purposes, going well beyond the sole military use.

“Today, photos taken from space contribute to many projects” Patrick Rosenbaum points out.

They are useful for the mapping and planning of civil engineering projects, such as the establishment of new highways/railways/pipeline routes, the overseeing of farming, forestry and sustainable projects, the monitoring of unlawful construction in cities, the assessment by insurance companies of the effects of natural catastrophes such as cyclones, tsunamis or earthquake as well as the enabling of the governments to better coordinate rescue efforts. It is significant to note the enormous developments made over the last fifty years in the space industry as a result of the tremendous technological advances that occurred over the same period of time. Indeed, if the first US spying satellites, in the 60’s, were embarking a “photo laboratory” into space in order to produce kilometers of filmstrips that were then ejected from the satellites to return to earth to be collected by highly skilled US pilots into the nets attached to their aircrafts, thanks to the advances made in digital imagery and data transmission the US were able to collect real-time imagery starting from the 80’s, a gigantic improvement!! It is basically this very same technology that is being used today in all commercial real-time imagery satellites. Furthermore, while the first US spying satellite weighted slightly more than ten tons, cost probably a few billion USD and had a life expectancy of a few months in space, the Eros satellite weights about 250 kgs, costs about fifty million USD and the first EROS A satellite launched in year 2000 is still orbiting today (in 2014!!) around the earth providing high resolution imagery.

Another key field is scientific research, where satellites open up vast possibilities. In fact Sputnik I, as well as being an endorsement of technological strength and a clear signal on the geopolitical level at the time, was designed as part of a scientific project to study the upper atmosphere. Later on several scientific satellites were to be launched to study oceanography, plate tectonics or global warming. Satellites being by definition space bound, they also make great tools for studying physics theories related to gravity. Astronomy focused satellites are essentially large telescopes, the main advantage being that their visibility is not hindered by the filter of the atmosphere, allowing them to analyse distant stellar systems.

Future applications and challenges to come

The conception, production, launching and operation of a low orbit satellite in space requires tremendous resources and can cost several tens of million dollars, it is therefore crucial to design a satellite that meets the operational requirements while minimizing its weight and maximizing its life expectancy as much as technology permits in order to maximise the return on investment. Likewise, commercial satellites will have to improve their performances to meet the ever growing demands whilst reducing their own numbers, so increase in efficiency is key in the design of new models. Cost reduction would trigger great opportunities for uses in new fields. Isn’t it incredible that scientists around the world are already working on high-resolution imaging satellites weighing a few tens of kilograms with life expectancy of more than a quarter of a century!!

Another growing concern is the pollution of our orbital space. Indeed, various debris (such as satellites that are no longer operational, or waste from previous launches) float around earth and can collide with active satellites. Measures are being taken for the deorbitation of satellites at the end of their life cycles and otherwise reduce the amount of debris.

Either way, space conquest is still in its infancy, and even though great strides have been made there is quite literally an infinite untapped potential in front of us. 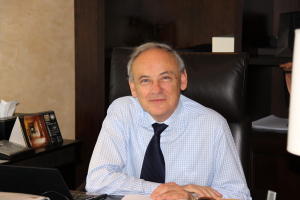 A graduate of the Toulouse engineering school ENSEEIHT and the Weizman Institute of Science in Israel, Patrick Rosenbaum spent most of his career in the aeronautical industry, working on satellite projects such as Eros and Amos. Patrick Rosenbaum is now the CEO of the Pierson Capital Group, an international group with over 2,700 employees and offices in Mexico, Luanda, and Beijing. The group specialises in the financial engineering of large infrastructure projects in emerging countries.