Lilium: A vertical airplane for the rest of us?

Four German engineers prepare for market an aircraft that takes off and lands like a helicopter but flies like a plane, the first designed for private consumers.

Move over helicopters! The Lilium Jet, potentially the world’s first private airplane capable of vertical takeoff and landing, is expected to hit the market in 2018.

The ultra light electric-powered aircraft is the brainchild of four doctoral students and engineers from the Technical University of Munich, Germany.

A co-founder of Lilium Aviation said the small craft – which combines features of helicopters and fixed wing planes – would open the way for more efficient travel across short distances with planes that are quieter and more environmentally friendly.

“Our goal is to develop an aircraft for use in everyday life,” said Daniel Wiegand, CEO and co-founder.

Vertical takeoff and landing aircraft have been developed for the military, but Wiegand and his colleagues aim to be the first to make such a craft available to private consumers.

Wiegand said using electric engines will reduce noise and pollution so the low-altitude planes can be used near urban areas. Plus, the vertical takeoff and landing does not require the expensive and remote infrastructure of an airport.

The two-seater craft uses rotating propellers much like those of helicopters to take off and land then flies like a fixed wing plane once in the air. It can reach heights of about 250 feet with a range of 250 miles. 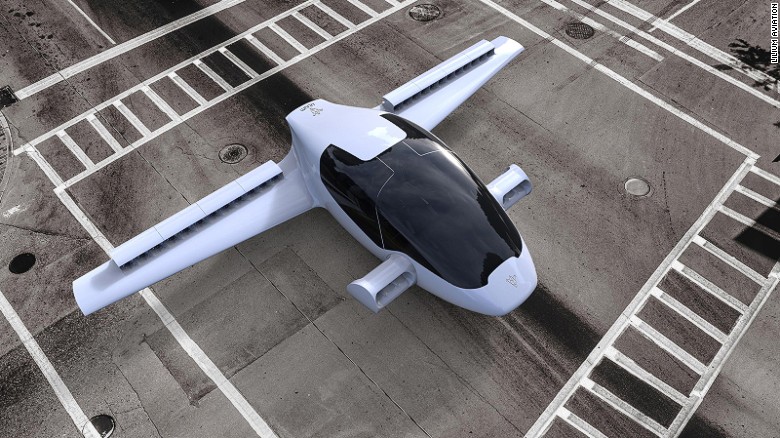 Plane will be marketed to private consumers

The inventors aim to build a craft that can be certified in the category of light sport aircraft, which means that the pilots with only 20 hours of flight training take the controls. No price was given but the inventors are targeting the consumer market for personal transportation.

Lilium has tested several small prototypes of the craft and is now building a full-scale airplane.

The project is housed within the European Space Agency (ESA) and the team from the Technical University of Munich has organized manned tests each year.

The agency said the plane is intended for flying in uncongested skies in good weather and during daylight.

A key for safety is computer control for vertical takeoff and landing. It also has duplicate motors, batteries and controls as a safety feature.

Conventional aircraft are becoming more efficient, the space agency noted. The key benefit of the Lilium is that the planes do not require airports that are often far from the city center because they are noisy and need room for runways, the ESA said.

“Airports are expensive bottlenecks for transportation,” the agency said, especially for short flights when travel time to and from airports may be longer than the actual flight.

Helicopters do not need airports but they are noisy and difficult to fly so pilots need expensive licenses. Helicopters are expensive to maintain and they do not have duplicate rotors in case of propeller failure, the agency said.

Enter the Lilium, which is similar in concept to the VTOL X-Plane DARPA, an unmanned aircraft under development for the United States military.

A subscale version of the military craft, called LightningStrike, successfully made its first flight in April. The wings of the demonstration model were made from carbon composite material and 3D printed plastic.

Aurora Flight Sciences, based in Manassas, Virginia, was recently awarded an $89 million contract to build two of the aircraft and complete further testing by 2018.

While the craft is being developed for unmanned flights, the agency said the concepts could be applied to manned planes as well.

The aircraft will weigh up to 12,000 pounds. Its design includes two large wings and two smaller wings at front near the nose of the aircraft. Each wing contains hybrid-electric propulsion ducted fans powered by a turbo-shaft engine mounted in the fuselage.

It will not be the first military vertical aircraft. The Harrier Jump Jet, designed by British engineers and flown by the U.S. Marine Corps, has been around for decades and has been used for air support near front lines when there are no runways. While it offers speed and vertical maneuverability, the Harrier is difficult to fly has a track record of accidents including one that crashed into the Atlantic Ocean off the North Carolina coast in early May after the pilot ejected.

Airline companies are also getting into the vertical act, sort of. With military pilots in the cockpit, Boeing Dreamliner 787-9 jetliners executed near vertical takeoffs over Washington state and again at the Paris Air Show (video) in June 2015.