Chinese Tourists set to outspend all luxury shoppers combined by 2015.

New figures produced by Morgan and Stanley, compiled by analysing the UNWTO data, estimate that by 2015 this total Chinese spend abroad will reach $194 billion. That figure will exceed total global luxury goods sales.

The cash registers are ringing from London to New York. But what’s sending Chinese shoppers abroad ?

Import duties and other taxes currently add up to 60% to prices in China. That means, for example, a $1,850 Chinese-favourite ‘Alexa’ handbag by Mulberry would cost $1,000 more in China. 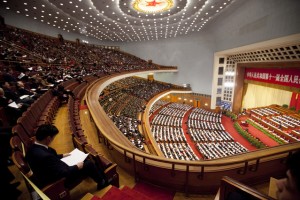 Back in 2011, at the National People’s Congress, Chinese business leaders called on the government to reduce these charges in an effort to persuade Chinese shoppers to stay at home. But whilst the years since have seen growing debate, no end is yet in sight.

A Crackdown on Conspicuous Consumption

The reluctance of the Government to reduce these charges may well be linked to the current crackdown on conspicuous consumption. This follows a series of high profile incidents associating luxury goods and corrupt officials. In 2012, this frugal campaign saw the growth of luxury sales slow at home in China to 6%, but grow globally by 37%.

The 2014 China Luxury Forecast also found that 92% of Chinese consumers are reporting negative in-store experiences at home in China. Naming bad customer service and low levels of expertise by staff, it seems that the Chinese are not getting the luxury experience they have grown accustomed to abroad.

And as the ever expanding Chinese middle class, with their ever increasing economic clout, are pushed abroad, the rest of the world is more than happy to oblige. 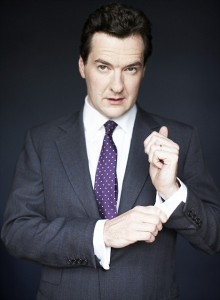 In 2012 Chinese visitors spent Ł300 million pounds ($488.34 million) in Britain alone. And keen to attract more of these Chinese spenders, George Osborne, British Chancellor of the Exchequer, recently announced plans to “streamline and simplify” the visa application process for Chinese visitors to the UK.

The UK is not alone. Paris recently published a manual for the service industry, offering phrases in Mandarin and cultural tips to appease their visitors. And New York’s Fifth Avenue jeweller Tiffany & Co – along with countless other luxury brands – now employs Mandarin speaking staff.

With the number of Chinese travellers currently at 83 million, with predictions that the number will reach 100 million in 2015, it certainly seems the rest of the world is happy to be competing for Chinese spending.