China’s economic slowdown has created a steep mountain of bad debt that its banks are struggling to absorb or unload.

The banking crisis represents a vicious circle: Economic stagnation curtails the ability of banks’ customers – many of them state-owned industrial companies – to pay their loans. The bad debt, in turn, is diminishing the banks’ profits. But if they fail to pay their shareholders or cannot find more money to continue lending, it could result in a credit crunch that would further undermine the troubled Chinese economy.

It is unclear how severely the banking crisis – or the larger Chinese economic slowdown – will impact the global economy as the Chinese government takes steps to contain the damage. But experts see little chance of a repeat of the global crisis that followed the U.S. subprime loan meltdown in 2008.

The size of the Chinese bad debt is staggering.

Three of China’s biggest banks said they wrote off nearly $22 billion in unrecoverable debt in 2015 alone. That is more than double the amount of bad debt the banks reported in 2014.

Experts believe the bad debt may be significantly higher than what has been reported.

The China Banking Regulatory Commission said the proportion of unpaid loans increased to 1.7 percent of all loans in 2015, up from 1.25 percent the year before. However, other estimates place the rate at 8 percent or even higher. Still, those rates are far lower than in 1999 and 2004, when bad debt levels reached 25 percent and the Chinese government stepped in with capital injections to some lenders and the removal of some of the debt from the banks’ books.

The current crisis has sharply curtailed profitability of the banks, which had seen profit rates fall steadily since a peak in 2011-12.

Overall, commercial banks reported an average profit increase of 2.4 percent in 2015, down significantly from 9.6 percent the year before, according to the China Banking Regulatory Commission.

Top Chinese banks reported their lowest annual profit growth in 10 years in 2015 and the nation’s two largest banks reported barely any growth at all.

China is in the midst of difficult structural reforms as it tries to shift its economy from exports and a contracting manufacturing sector to growth in services and technology sectors with an emphasis on increased domestic consumption. The Chinese economy grew by 6.9 percent in 2015, the lowest rate in 25 years.

The nation banks, which are also state-owned, are feeling the economic pain. The paltry earning grown in turn feeds into the overall economic problems while prompting the banks to consider riskier investments in order to maintain profits.

The Chinese government is looking for ways to remove some of the bad debt so that the banks can maintain profitability and continue to make loans.

The government has steadily reduced the banks’ reserve ratio – the amount of cash they must keep on hand – in order to make it easier for the banks to keep lending. In February, the Chinese government cut the ratio to 17 percent for major banks.

At the same time, the Chinese Central Bank has pumped billions into the financial system to encourage liquidity. Chinese officials are also considering a plan to allow the banks to convert as much as $115 billion in bad debt to equity as a way to clear the debt off the books. Debt-to-equity swaps usually involve stock if the debtor is a publically traded company.

However, the banks have urged caution about any swap plan.

Construction Bank Chairman Wang Hongzhang said bank shareholders wouldn’t want a plan that merely converted “bad debt into bad equity.” Bank of China Chairman Tian Guoli said it was “hard to evaluate” how effective debt-equity swaps might be. It is not clear what impact the bank crisis might have on global markets.

Experts say the Chinese situation is different from the banking crisis in the United States in 2008 that send shock waves through the global economy because the Chinese government controls the banks and can step in and prop them up if necessary. ”I don’t think there will be a replay,” said Todd Lee, an economist with IHS Global Insight. Lee said in the United States, the banks’ aversion to risk brought on the credit crisis. “The difference is that the (Chinese) state can pretty much force the banks to lend.” 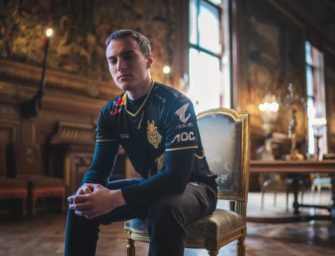 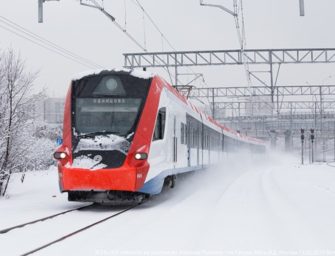