Apple confirms $345 million acquisition of 3D sensor technology company PrimeSense. The question on everyone’s lips, what do they want it for ?

Bringing an end to months of speculation, Apple has confirmed they closed a $345 million deal to acquire PrimeSense, an Israel-based 3D-sensor technology company. 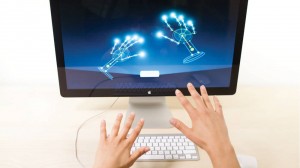 Using camera and depth sensors to generate a 3D view, their 3D technology gives digital devices the ability to observe a scene in three dimensions.

Until now PrimeSense has been best known for developing the original motion sensing input device for Microsoft’s Kinect gaming product for the Xbox 360 console. Although Microsoft have now developed their own, home-grown, fully integrated version of the technology.

PrimeSense has also teamed up with 3D-Systems to create a 3D scanner called Sense. And the company is working on creating a new smaller sensor – the Capri 3D model – which is an embedded sensor designed specifically to bring 3D technology to the mobile market.

The Tech Trend to Touchless Control

Gesture recognition and touchless device control technology is one of the major tech trends of the moment. The total market is expected to be worth $15.02 billion by 2018, and 99% of that market is within consumer electronic applications.

Now the race is on between the tech giants for dominance in that market. Thus far, Microsoft has undoubtedly taken the lead; their Kinect product changed the way people interacted with their televisions. But Apple won’t want it to stay that way.

When news of the deal broke, Apple spokeswoman Kristin Huguet issued the company’s standard response: “Apple buys smaller technology companies from time to time, and we generally do not discuss our purpose or plans”. PrimeSense released a similar statement.

But Apple – who make purchases less frequently than any of their competitors – have a revealing acquisition history. Typically, purchases of over $250 million have been made to claim key technologies for their exclusive use, which they needed to fulfil a clear and specific goal.

However, there is also speculation that Apple plans to use the technology in the development of new products, such as a stand-alone Apple TV set or an Apple-made smart watch. So after years of improving their existing offerings, perhaps this acquisition signals Apple is ready to develop something new.