After nine years in action seed accelerator Y Combinator has funded over 700 start-ups including Reddit, Dropbox, and Airbnb. Guiding entrepreneurs from an embryonic idea to launch it is a bootcamp for start-ups.

Y Combinator is a seed accelerator responsible for some of the biggest names in tech. Since opening its doors in 2005, it has funded over 700 start-ups. Its success stories include Dropbox, the file-sharing service with a valuation of $10 billion, Airbnb, the holiday rental market-place which also has a valuation of $10 billion, Stripe, the online card-payment facilitator which is worth $500 million, and social-news site Reddit, which was last valued at $400 million. Hipmonk, Scribd, Weebly, and Codecademy have all also passed through the Y Combinator doors. After only nine years in action, it’s an impressive CV.

A Bootcamp for Start-Ups 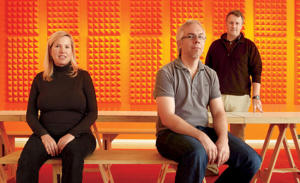 But the word seed accelerator doesn’t do justice to the power or influence of Y Combinator: it is much more. Rather like the mathematical function it is named after – the y combinatory, a function that makes other functions – Y Combinator is a maker of companies.

Twice a year, the company invites around 60-80 groups of entrepreneurs to Silicon Valley for a three-month intensive stay. And over the period of 13 weeks, Y Combinator works with each team to take them from embryonic idea to product and launch. It is a bootcamp for start-ups.

Each group receives a small amount of seed funding, around $11,000 for each, with an additional $3,000 for each founding member. But this money, rather like financial aid for students, is intended only to cover lodging, food, and equipment during their stay. The programme’s real draw – and the reason why entrepreneurs are willing to hand over an average of 6% of their start-up – is the unmatched mentorship, advice, and network of connections. During their submersion in Silicon Valley start-up life candidates are lectured by guest speakers like Mark Zuckerberg, Marissa Mayer, or Al Gore. And they are offered access to the sort of support that would be near-impossible to get without winning a coveted space on the programme.

A Fast Track to the Top Investors

It is also a fast track to the top investors. Each three-month stay concludes with Demo Day, a day where each start-up pitches to an invite-only crowd of the world’s most influential tech investors and journalists. With Y Combinator’s track record, attendance at Demo Day is increasingly the ticket every investor wants to hold. And for Y Combinator’s start-ups, it is the day where they could secure millions in financing.

From that day on all Y Combinators then become part of the tightly knit alumni community of hundreds of past founders who help and support one another.

The Leader of the Cult 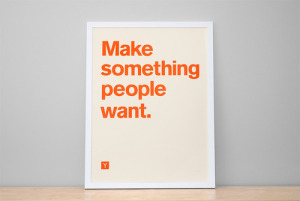 The company was founded by the one-of-a-kind Paul Graham. Whilst he has a PhD in computer science from Harvard, and sold his software company that helps retailers sell online, Viaweb, to Yahoo in 1998 for $49 million, he is also an essayist, a painter (he studied art at Rhode Island School of Design), and an author. Now, he funds more start-ups over the course of year than a venture capitalist might back in a decade, and he has created a new model for early stage funding.

Venture capitalist Fred Wilson says: “Y Combinator is transformative. Paul gives these kids money, but he also gives them a methodology and a value system… I don’t mean this in a negative way, but Y Combinator is more like a cult than a venture capital fund. And Paul is the cult leader”.