The biggest banker in America, the port in the storm during the financial crisis, and one of the only professional manager billionaires in the world, CEO of JPMorgan Chase, Jamie Dimon, is a powerhouse of finance.

Lehman Brothers and Bear Stearns went bankrupt, Merrill Lynch, HBOS, Royal Bank of Scotland, Alliance & Leicester, and many more almost did. One bank stood firm — indeed one bank posted $5 billion profit at the same time as being the only large financial institution to post profit of any kind —, JPMorgan Chase. What was different? Some might say Jamie Dimon: chairman, CEO, and self-proclaimed port in the storm. 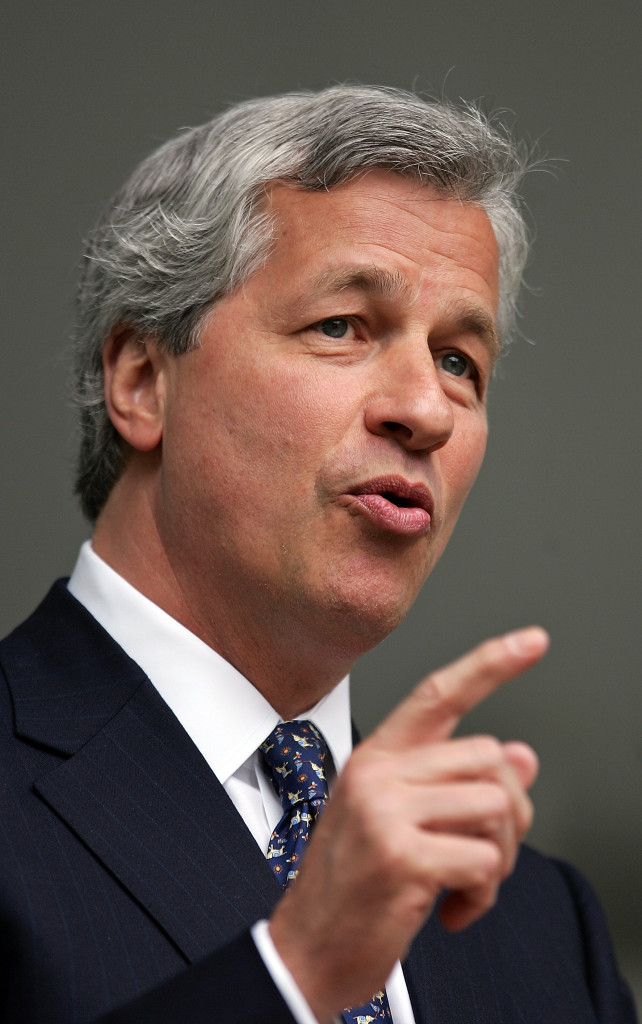 A third-generation stockbroker, Dimon was born in New York City in 1956. He graduated Tufts University with a double major in economics and psychology, spent two years working in management consultancy, and took a masters at Harvard Business School, before finally starting work with Sandy Weill — a connection of his father. The duo were first at American Express, and then moved to Commercial Credit Company, where Dimon would spend a decade helping Weill piece together merger after merger until Citigroup was born.

But personal friction saw him fired: “The problem was in 1999 he wanted to be CEO and I didn’t want to retire”, says Weill. Hurt (the rumour goes), Dimon spent 18 months lost, before finally taking the position of CEO at the troubled Bank One. Over the next three years he fixed the bank’s balance sheets, and in 2004 led it into one of the largest bank mergers in history with JPMorgan. He became president and COO, before upgrading to CEO, and then Chairman of the Board. The year after that, Lehman Brothers collapsed and the hardest financial crisis since the Great Depression took hold.

A port in the storm

But unlike competitors, JPMorgan stood firm. Dimon never allowed his bank to make the risky mortgage bets that every other bank had made. And he focused on understanding every last detail of every one of the bank’s financial reports, building — what he likes to call — his “fortress balance sheet”. Not only did JPMorgan remain profitable during the crisis, posting $5 billion profit, it was also in a position to absorb weakened banks, acquiring both Bear Stearns and Washington Mutual (where he also saved some 30,000 jobs).

Since Dimon took over, JPMorgan shares have risen 66%, four of the last five years have seen record profits, and he has built what most experts consider to be the best run of international banks. Now the biggest banker in America, Dimon oversees $2.4 trillion in assets — one-sixth of the total of the US banking sector —, and controls 258,000 global employees.

In reward Dimon is now one of the few professional manager billionaires in the world, with the combination of a cash and stock salary of $20 million, $485 million in JPMorgan shares, a property portfolio valued at $32 million, and an investment portfolio derived from the sale of his $2.3 million Citigroup shares.

Defending his position at JPMorgan

More recent years have seen difficulties. In 2012, the firm’s London arm was hit with the “London Whale” (rogue trader) $6 billion trading loss, the worst in the company’s history. In 2013, the bank settled a class-action lawsuit over misleading mortgage securities costing $13 billion. And the bank is facing federal investigation into possible energy-market manipulation, abusive foreclosure practices, and the Bernard Madoff Ponzi scheme.

The result: in May of this year Dimon was forced to defend a case to bar him from holding the dual positions of CEO and Chairman.

Not to be deterred

But Dimon, who successfully defeated that case, is looking to the future. His 2015 annual letter to shareholders talked of the hundreds of start-ups with “a lot of brains and money working on various alternatives to traditional banking”. He assured shareholders that JPMorgan are developing its own strategies accordingly. And it will be exciting to see how Jamie Dimon rides this next storm.