The town of Ekaterinburg hosted Innoprom : the main industrial, trade and export exhibition in Russia. This year saw UMMC and Russian Copper Company in attendance alongside Italy, the first European Partner.

The city of Ekaterinburg hosted Innoprom, the main industrial, trade and export exhibition in Russia. It hosts professional buyers and specialists from a variety of industrial enterprises along with top Russian official executives. Denis Manturov, the Minister of Industry and Trade of Russia, and Deputy Prime Minister Yury Borisov were present at this yearâ€™s exhibition. With many big names in attendance, Innoprom serves as a platform where the foundations of industrial policy for the coming years are made. 2021 has a special focus on Flexible Manufacturing, and took place on the 5th â€“ 8th of July.

This year, Italy became the first European Partner Country for the Exhibition.

UMMC looking at Coal Export for the Near-Future

One of the big names to watch, Ural Mining Metallurgical Company (UMMC, led by Iskander Makhmudov) made quite an entrance at the convention. The company did well in 2020, able to reap $50.2 million of economic benefits by launching 114 initiatives across their entire range of enterprises with the goal of increasing profits and cutting costs. With the announcement that President Vladimir Putinâ€™s government will spend more than $13.3 billion on railroad upgrades to boost exports from the Far East â€“ most notably that of fossil energies like coal â€“ the coming years could be very good for UMMC as the group owns a coal company in Western Siberiaâ€™s Kuzbass region (Kuzbassrazrezugol).

Despite much of the Western world anticipating a greener future with sustainable energy solutions, UMMCâ€™s Holding Deputy Chief Executive has been more optimistic about the Asian markets, saying, â€śIt’s realistic to expect Asian demand for imported coal to increase if conditions are rightâ€¦We need to keep developing and expanding the rail infrastructure so that we have the opportunity to export coal.” UMMC also produces zinc, copper and other raw materials which will likely benefit from the additional export capacity.

Better export capability could benefit other companies as well. Russian Copper Company (RCC) has spent the first part of 2021 expanding operations, with its Dzhusinsky mine developing towards mining copper further. RCC is one of the biggest copper producers in Russia, with eight mining enterprises, a hydrometallurgical plant, three metallurgical plants and a trading company, giving them complete coverage of the production cycle from mining raw copper, to processing, production and finally sales.

It seems only logical that an expanded export capacity for raw materials, alongside an expansion in production by the Russian Copper Company, would see the company reap the benefits. 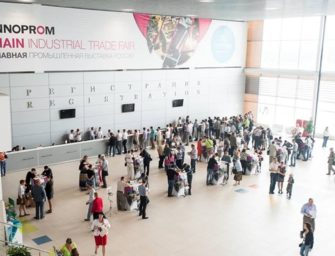