Netflix Goes After the Cinema

Media consumption has changed dramatically over the past two decades, and now Netflix is going after the new-release cinema market, and an Oscar.

The new-release cinema market is ripe for disruption

The new-release cinema market is ripe for disruption. Little has fundamentally changed since the beginning of the twentieth century, following the opening of the world’s oldest cinema L’Eden Théâtre, where the first films of the French Lumiere brothers were screened in 1899. Yes, seats are bigger, screen are more advanced, technology has allowed for increasingly impressive effects, 3D is a reality, and the experience, including food and drinks, is broader. But at root, the cinema has remained the same.

Netflix has other plans. Media consumption has already changed dramatically over the past two decades, in no insignificant way thanks to Reed Hastings and Netflix. And following an undeniable domination of the box – Netflix currently has 69 million subscribers in 50 countries worldwide – Hastings is taking on the big screen, intent on revolutionising the new-release cinema market (and, of course, bumping up those all-important subscription numbers). 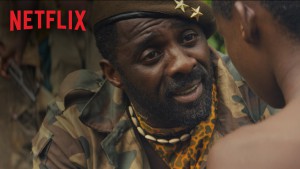 Beast of no nation (2015) : A drama based on the experiences of Agu, a child soldier fighting in the civil war of an unnamed African country.

In the first step towards that achieving goal, on 16th October Netflix released its first feature film, Beasts of No Nation, a war drama from Emmy Award winning director Cary Fukunaga, starring Golden Globe winner Idris Elba. It is part of Netflix’s plan to normalise the idea of watching theatre-quality films at home, and is just the first of several Netflix-own films that will be released simultaneously through the streaming service and in (some) theatres worldwide.

In traditional terms the US release of Beasts was poor: following a boycott by the main theatre chains, the film was shown in just 31 theatres and only took $51,003 on its first weekend. But online, it was the most-watched movie in every country in which Netflix operates. And that first run, in even the limited number of cinemas, qualifies the film to compete for an Oscar: the prize that would truly confirm Netflix’s new film making guise.

Beasts will be followed in December by Ridiculous Six starring Rob Schneider, Luke Wilson, and Taylor Lautner, in the first new comedy from Adam Sandler, whose production company Happy Madison Productions has signed an exclusive four picture deal with Netflix. A Sofia Coppola holiday film starring Bill Murray, A Very Murray Christmas, will be released the same month. In early 2016 Netflix and the Weinstein Company will distribute the highly anticipated sequel to Crouching Tiger, Hidden Dragon, Green Legend. And, also due out next year, are a Brad Pitt Afghanistan set film, War Machine and Pee-wee’s Big Holiday.

The news hasn’t gone down well with cinema chains which usually have exclusive rights to show movies for 90 days before video release. Vehemently refusing to cooperate, all the largest US chains – Regal Entertainment Group, Cinemark, AMC, and Carmike Cinemas – will not be showing Netflix films. John Fithian, CEO and President of NATO (National Association of Theatre Owners), says: “Subscription movie services and cheap rentals killed the DVD business, and now Sarandos wants to kill the cinema as well”.

Cinema chains are already facing difficulty. Every year statistics show that audiences are abandoning the big screen. Reportedly, just 1.26 billion cinema tickets were purchased in 2014, the lowest number since 1995. And box office revenue is down about 5% from 2013. However, with a higher number of plus $100 million budget films released in 2015, the numbers should be higher this year.

But where Netflix films may not please the comfortable status quo of cinema chains, there are arguments that Netflix-friendly releases will be a good business strategy for film studios, enabling them to reach consumers where they already are: at home in front of their TVs, laptops, tablets, and mobiles. It could also let film makers personalise their films, targeting individuals rather than theatre-going groups, always confident of finding an audience niche. It would also be beneficial for press campaign spend, avoiding a second campaign months later to promote the DVD.

Looking at the Netflix story so far, it seems likely that simply boycotting it won’t work forever. Refusing to show a film as hotly anticipated as Crouching Tiger 2 may prove harmful. If Netflix adds an Oscar, and a few more big-budget A-lister films, it could get worse. And in time, an unwillingness to try something new could start to signal ju