Alex Karp sought out by Palantir

Alex Karp is the CEO of CIA-backed data analytics company Palantir Technologies who has a reputation for being somewhat unconventional. As a former money manager with a Ph.D. in Neoclassical Social Theory who has called wealth “culturally corrosive”, it’s no surprise.

He originally trained in law, graduating from Stanford University. But with no desire to continue in the field, he instead chose to explore philosophy, taking a place at the University of Frankfurt to study under Jurgen Habermas, a prominent 20th century philosopher. Shortly after gaining his doctorate, Karp then received an inheritance from his grandfather, which he started to invest. And after a few successes, high-net-worth individuals were coming to him to do the same with their money. He formed London-based Caedmon Group for his money managing activities.

It was this combination of high intellect, philosophical grounding, and moneyed connections that saw Palantir seek him out for the position of CEO in 2004, despite his having no technical experience.

Palantir had been founded earlier that year by Peter Thiel, a co-founder of PayPal and a classmate of Karp’s from Stanford. Thiel reportedly chose the company’s name from the Palantiri seeing stones featured in J.R.R. Tolkien’s The Lord of the Rings, spherical stones that allow the holder to see across vast distances in Middle Earth and beyond. And this was the concept that Thiel wanted to sell in a post-9/11 environment, using the fraud-recognition software he had designed for PayPal to stop terrorism.

Thiel founded Palantir alongside Stephen Cohen, a Stanford computer science graduate who had worked at Thiel’s investment management and hedge fund Clarium Capital, Joe Lonsdale, who was a PayPal intern and another Stanford computer science student, and Nathan Gettings, a PayPal engineer. A big data company, Palantir specialises in data analytics software that can mine massive data sets to find patterns, whether for intelligence, defence, law enforcement, or business applications.

Backed by the CIA

In its early days, Palantir was known as a secretive company. An early investment from the CIA’s investment arm In-Q-Tel added to the suspicion (but perhaps also to the allure). Original clients included the NSA, the FBI, the CIA, and other US counterterrorism and military agencies, for whom the Palantir engineers sift through vast quantities of data sets looking for signs of terrorism, disease outbreak, or human trafficking, allowing its clients to make otherwise invisible connections. The Marines reportedly used Palantir’s skills in Afghanistan for forensic analysis of roadside bombs and predicting ambushes. Palantir deals with some of the world’s most sensitive data.

In 2010 a Palantir customer at the New York Police Department referred the company to JPMorgan, which would become its first commercial customer and mark the beginning of Palantir’s ascent into a Silicon Valley giant. The company has now added the world’s biggest hedge funds, banks, pharmaceutical companies, and corporations to its list of clients, engaging in anything from analysing drug data, to spotting signs of hacking or distressed mortgages.

Private-sector work now accounts for close to 60% of the company’s revenue, a figure which is estimated to total $450 million this year. And as its client base has expanded, so too has its valuation. In early 2014 Palantir raised funds at a $9 billion valuation. By November that year the company was valued at $15 billion. And by July 2015, Palantir was reportedly raising at a valuation of $20 billion

But Palantir also works in a field where it, understandably, comes under scrutiny from pretty much every angle. In 2011 a Palantir engineer was discovered to have agreed to help with a WikiLeaks threat to reveal documents from the Bank of America, adding some uncertainty in the eyes of clients. And pressure from the public has also mounted, especially in the wake of the NSA snooping revelations and the rising state of concern regarding the amount of data intelligence communities around the world can access and store. Within Palantir, Karp is known as the company’s “conscience”, making the responsible and hard decisions that need to be made. And that is probably why an unconventional philosopher was chosen for the job. 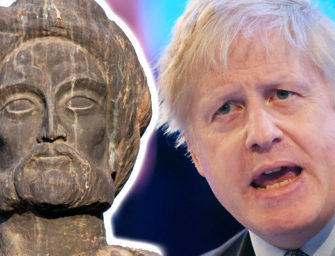 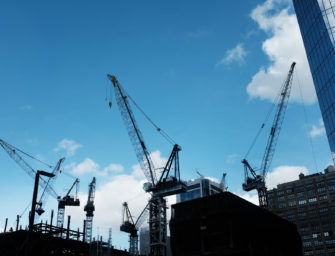