The Changing Fortunes of Russia’s Billionaires

Russia’s wealthiest have lost billions as oil prices have slumped by nearly 50%, Western sanctions over the Ukraine conflict and Crimea have kicked in, and the ruble has collapsed.

According to the Wealth-X and UBS Billionaire Census 2014, Russia’s wealthiest have lost billions as the price of the country’s biggest export, oil, has slumped by nearly 50% at the same time as Western sanctions over the Ukraine conflict and Crimea kicking in, and the ruble collapsing. 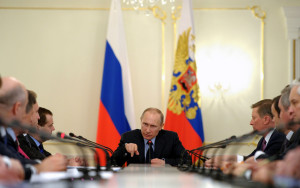 Russia’s President Vladimir Putin (C) chairs a government meeting in his Novo-Ogaryovo residence, outside Moscow on March 5, 2014. Western and Russian leaders headed today into a day of diplomatic wrangling over the Ukraine crisis, a day after US President Barack Obama warned Moscow was not ‘fooling anybody’ over its role in Crimea.

Russia’s fortunes and the price of oil – which since mid-2014 has steeply declined, by 50% – are deeply linked. Indeed, Russia loses around $2 billion in revenues for every dollar the price of oil falls.

Much of the burden is being borne by the government. But Russia’s billionaires are equally tethered to global energy prices, and so are similarly suffering from a change in fortune: reduced cash flow from the lower price of oil, and a decreased value of holdings in oil-related businesses.

However, Russia’s problem is not oil alone. Western sanctions against the country over the Crimean Crisis and its support for separatists in eastern Ukraine are also taking effect on an already weakened economy.

Sanctions include cutting Russian companies off from Western financial markets, locking Russian oil firms out of international capital markets, and barring Russians from finance investment programmes. Russian state banks have been excluded from raising long-term loans in the EU, and Western firms have been banned from supplying a wide range of oil industry technologies to Russia, and from exporting services, expertise, or equipment to Russian state oil firms engaged in Arctic and deep-water exploration. Individual asset freezes and visa bans are also in play.

The ruble, inflation, and interest rates

Unsurprisingly the ruble – which generally speaking tends to follow oil prices – is dropping in value; down 41% against the dollar in 2014. On 16th December 2014 it dropped 13% in one single day. Rampant inflation has also taken hold (although Russia’s inflation rates hit a 4 month low of 15.8% in May 2015).

In an emergency reaction to counter the effects of the oil price and ruble drop, the Russian Central Bank put up interest rates from 10.5% to 17%. But that will need to go back down if the country wants to encourage any economic activity.

What has happened to Russia’s billionaires? 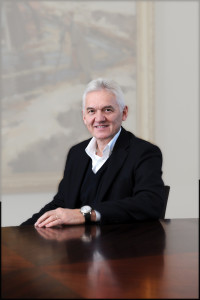 The economic climate has hit the country’s billionaires. Energy tycoon Leonid Mikhelson holds the unfortunate title of Russian billionaire to lose the most in 2014. The 25% owner, chairman, and CEO of Russia’s second-largest natural gas producer Novatek lost 41% of his wealth ($8.7 billion). Gennady Timchenko, an outspoken ally of Putin and another part-owner of Novatek, lost $7.8 billion in the same period of time. And Arkady Rotenberg – another close ally of Putin – lost 72% of his wealth ($2.3 billion), taking his net worth to $898 million, and taking himself off the billionaire list.

Russia’s economy and the future of its billionaires now rest on the price of oil climbing back up again. Putin is convinced it will. But if he is wrong, Russia risks becoming a pariah state with whom nobody wants to or can do business.