Since the arrival of the tablet, a market innovated by Apple with the launch of their first model in 2010, nothing has been quite as hyped as the smartwatch. The tech world is buzzing, journalists’ pens are flowing, and analysts are predicting big things: a recent report by research company Smartwatch Group claims the global market will grow to $2.5 billion this year, rising at a 3-digit rate each year following. So should we expect 2014 to be the year we will all adorn our wrists with a smartwatch?

Amongst all the hype, however, success for the smartwatch – an internet connected wristband that both tells the time and runs third-party apps – has so far been limited. Amid disappointment with style, functionality, connection restrictions, short battery life and high prices, last year’s Samsung Galaxy Gear debut met with mixed response. And although they claim 35% of the smartwatch market, their 30% return rate is not a glowing report. The Sony SmartWatch similarly failed to gain any traction. It is clear neither have yet come close to meeting the expectations set. 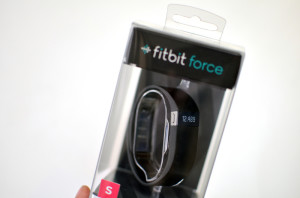 In fact so far the market has been dominated by sports and healthcare smartwatches, many of which are produced by small start-up tech firms. Currently, activity monitoring watches make-up 20% of the market but produce 50% of the watches sold. Kickstarter-funded Pebble has sold over 300,000 watches. And Nike, with their Fuelband and Jawbone models, and FitBit with the Flex and Force, respectively hold 8.4% and 8.2% of the market. It would seem so far, action and health monitoring has been the only successfully applied form of added functionality.

But this fledgling market has been growing at a slow and steady rate: last year saw 3 million smartwatches sold, a figure up tenfold on 2012. And thanks to these first movers, and their shortcomings, it is becoming clearer as to what the successful smartwatch will need to achieve in order to convince users to add to their gadget-collection; one that already includes a smart phone, tablet, and likely a conventional watch.

Style will play an important role if anyone is to wear the smartwatch every day, all day. The same goes for a longer-lasting battery life. And this must be combined with added functionality, merging a smartphone’s capacities and an app-centric focus that can really add value to a user’s life – all contained in a suitably small face, if the smartwatch is ever going to appeal to the female market.

Already, the first months of this year have seen the launch of new and improved models. Pebble announced the Pebble Steel, a more elegant and refined version of the original model. And Samsung is to launch three new models next month – the Gear 2, the Gear 2 Neo and the Gear Fit – which have additional functionality such as heart rate sensors, sleep tracking and a pedometer, along with the all-important improved battery-life. 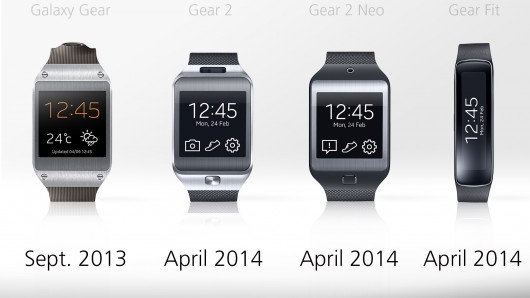 The Smartwatch Group also report that more than 100 companies have smartwatch development in the pipeline, whilst 20,000 app developers are at work on adding further functionality. Scientific institutions across the globe are developing new and advanced sensor, voice and gesture activation and display technologies, and $3 billion was spent last year on smartwatch R&D.

But as momentum builds, the big predictions for this year are most closely linked to the arrival of the big players on the scene. Apple – whose suspected iWatch has been hyped since they filed a patent in Japan and Tim Cook told AllThingsD “I think the wrist is interesting” –, Google and Microsoft are all rumoured to be launching versions this year. And these are the companies that really have the ability to turn the market on its head.

As the $358 billion smartphone and tablet market slows, there is a lot of competition to take even a small percentage of the 55% of the global population who currently wear a watch. But from what we’ve seen so far, it might still be some time before Rolex have anything major to fear.