On January 7th, 2015, a particularly violent terrorist attack was committed against the satirical journal Charlie Hebdo, immediately followed by the murder of policemen in Montrouge, outside of Paris, and a hostage crisis in a kosher supermarket in nearby Vincennes. Later in the year, our TVs were bombarded with news of an explosion in an attack at a factory in Saint-Quentin-Fallavier, France, and an attack on a high speed Thalys train traveling from Amsterdam to Paris.

These recent tragic events shook France as a nation and have created an atmosphere of permanent insecurity and fear. 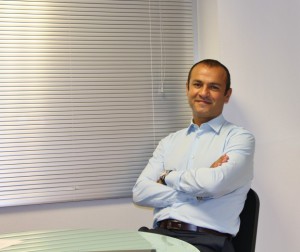 We decided to interview Elias Nahra, founder of private security company Triomphe Sécurité Group and an expert in risk prevention and management, to update us on the impact these threats are having in the security sector. Elias Nahra walks us through all the changes caused by these unthinkable acts in France.

New Corner: We are now on scarlet alert [the highest alert level in the French national security alert system] after the Charlie Hebdo and Thalys attacks. In concrete terms, what does that change for you?

Elias Nahra: What that changes for us, outside of our core mission of monitoring for stolen goods and persons, shoplifting, and fraud, is the level of vigilance our agents have at the entrance of and within stores. They are paying close attention to customers’ behavior and to all suspicious objects, and they are monitoring sensitive locations with even more attention than usual.

These attacks generated reactions that don’t compare to the 1995 attacks [in which more than 100 people were injured in bombings in the Paris metro]. We were inundated with so many requests in the hours following the Charlie Hebdo attack that we could only respond to half of them.

New Corner: Is this a national trend or a more targeted one?

Elias Nahra: The trend is more regional to where the attacks took place. So the area around Paris is the most affected by the tightening of security measures. In the days following the attack, we practically doubled the number of personnel in at-risk zones. This mobilization continues in the Ile-de-France region, where the heightened security measures are still in effect.

New Corner: Given this context, how has Triomphe Sécurité Group changed its operations?

Elias Nahra: Our agents have received new trainings on bag checks, detecting potential suspects and handling unattended items. We also had to hire about 100 new qualified agents to meet the fast-growing demand while still guaranteeing an optimal level of security. Since May we’ve gone back to a regular staffing level. The extra security measures put in place by the Vigipirate plan are still in effect in the Ile-de-France region, and the rest of the country is still at an elevated threat level.

New Corner: What type of services are most in demand with Triomphe Sécurité Group?

Elias Nahra: We offer 4 main types of services: in-person surveillance, shoplifting deterrence, fire prevention and amusement park surveillance. In general these first two services have the highest demand, but even more so recently.

In general, the EuroDisney theme park is demanding the most attention right now, with a very large number of personnel and surveillance put in place there.