Can Ferrari Transition into a Luxury Lifestyle Brand?

Following an oversubscribed IPO, can car maker Ferrari reinvent itself as a luxury lifestyle brand?

Ferrari is more than just a car company. Seeped in decades of racing history, its prancing horse has become one of the world’s most iconic images. Officially founded in 1947 by Enzo Ferrari, the Maranello-based company was set up to build and race super cars. Ferrari has competed in every season of the Formula 1 World Championship ever since, winning more titles and awards than any other car maker in Formula 1 history. Performance racing at the highest level, the glamour of the race track, the celebrated drivers, and beautiful designs have created the Ferrari heritage and identity.

Enzo Ferrari only started selling some of his prized race cars in order to fund the Ferrari racing team, but even with this boost, the company was in financial trouble by the 1960s. In 1969 Ferrari sold a 50% stake to Fiat Chrysler Automobiles, and on Enzo’s death in 1988, aged 90, Fiat increased that stake to 90%. Ferrari Vice Chairman Piero Ferrari owns the remaining 10%.

As well as bringing financial stability to Ferrari, the deal also brought in Sergio Marchionne, CEO and chairman of Fiat Chrysler; a man who understood the value of the Ferrari brand as well as how to make money. In October 2015, he led Ferrari’s IPO, selling a 9% stake in the company. 17.2 million shares were floated to the public at a top price of $52 a share. And investor demand outstripped the stock available, giving Ferrari a market cap of around $9.8 billion and raising $893 million in the process. Ferrari now trades above major luxury groups such as Richemont, LVMH, and Kering.

Transitioning into a luxury lifestyle brand

Luxury sports car manufacturers have seen sales grow faster over the past five years than the rest of the auto industry – emerging markets in the Far East and Middle East have provided a particular boost to sales. But all the same, the IPO seems significantly higher than Ferrari seems to be worth on paper. Indeed, the price was 37 times Ferrari’s 2014 earnings of around $300 million, a figure which itself was up 14% year-on-year.

What Ferrari is really profiting from is its brand recognition. In a survey by London-based firm Brand Finance, Ferrari was named the world’s most recognisable brand both in 2014 and 2013, even though it was only 350th in value. Using the power of its branding, the car maker has transitioned into a luxury lifestyle company, monetising its storied history and heritage rather like Cartier does.

Marchionne comments: “I actually think cars are almost incidental to Ferrari… It sounds sacrilegious. But it is truly a luxury brand.” 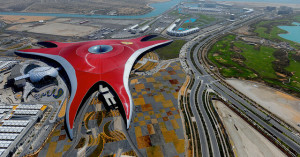 Indeed, the company strictly adheres to the key luxury principle of a scarcity premium. Yearly production is capped at 7,000 units per year. And as part of newly announced plans, this number will only be slowly raised to 9,000 over the next four years.

Ferrari has also avoided the temptation of mass-market appeal, eschewing, for example, the manufacturing of SUVs which has proven so popular with other luxury car makers. Ferrari design director Flavio Manzoni comments: “Ferrari is not a follower. We cannot make something just because this is the normal trend. It wouldn’t be a Ferrari, Enzo Ferrari would turn in his grave.”

But more than this, analysts believe that the IPO was over-subscribed in anticipation of how the brand might be extended into the wider luxury goods market in the future. Ferrari already offers customisable cars and a race track for Ferrari owner test drives. But many think that could be extended into exclusive clubs and hotels which cater to the super-rich Ferrari owners. Others anticipate the company moving into luxury motorcycles and boats, or a line of luxury watches, perfumes, and eyewear as has previously proven so successful for luxury brands such as Cartier and Gucci. Marchionne has already demonstrated that he is capable of bringing luxury cars and luxury fashion together with his choice of fashion designer Ermenegildo Zegna for the board of Fiat Chrysler. So far, Zegna has designed a limited edition interior for the Maserati Quattroporte.

However, to fully transition into a luxury lifestyle brand and capitalise on the luxury premium, Ferrari may need to abandon some of its current projects. In general, Ferrari’s merchandise – t-shirts, bags, jackets, shoes, and sunglasses – currently retail for prices well below those of luxury brands. And its theme park ‘Ferrari World’ in Abu Dhabi, which is currently being expanded to Barcelona, is accessible to anyone.

So far, Ferrari has managed to utilise its heritage to sell merchandising without diluting the brand. But the next step must be to cement its position as a true luxury brand and join a sector that trades at about 20 times future earnings – more than double the current average for carmakers. Ferrari will need to tread cautiously – it may require something of a balancing act to increase revenues through new sources of sales while protecting the brand’s exclusivity. But with a brand this recognisable worldwide, it’s likely it can do it. As Marchionne commented in October 2015: “I think it would be really a crying shame if we did not find a way to extract additional value from a brand as unique as Ferrari. Without impacting on the exclusivity and the uniqueness of the car brand, we need to find a way to build business around this to leverage it and use it properly.”