A bona fide entrepreneur, Jonathan Gray’s business life started early in 1997 at the age of 16 after a chance encounter with a Buena Vista International executive during the Cannes Film festival. A few years on he would create several companies within various industries. Most notably in his early career stands JG events, a successful international event company specialising in luxury private and corporate events in the South of France.

In 2004, he participated to the launch of the exclusive global concierge company Quintessentially, which he spearheaded from 2005 and sold in 2009. Simultaneously, he launched his own estate agency in 2005. His introduction to the real estate sector came through orchestrating short-term rentals and holiday lettings for clients of his two other companies. 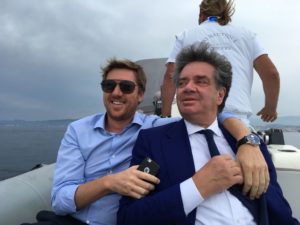 In 2007, Jonathan Gray closed a business opportunity with powerhouse London broker Beauchamp Estates, a main player in the premium property market focusing on a select range of exclusive quality properties. Together they launched the exclusive French branch of Beauchamp Estates in Cannes. Within six years, Beauchamp Estates France multiplied its turnover fivefold.

With his track record and after having developed a strong and influent network of ultra high net worth individuals, Jonathan Gray decided to transition towards more personal passions such as strategic and investment consultancy and the film industry. Thus was born the strategic consulting firm First Idea Ltd. Specialising in the Gulf region, First Idea was the opportunity for Jonathan to develop the concept he had in mind. 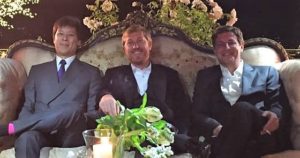 Far from being a run of the mill investment boutique, First Idea strives to be both a laboratory of positive ideas for clients and an aggregator of talents, aiming to design new levers of economic, social, societal and cultural developments and respond to the challenges of tomorrow’s world through creative, innovative and bespoke solutions.

In May 2017, convinced that the Seventh Art represents fertile grounds for encounters and experiments for creation and innovation, Jonathan Gray launched the financing and production company The Hideaway Entertainment, a business built to support and protect the creative community.